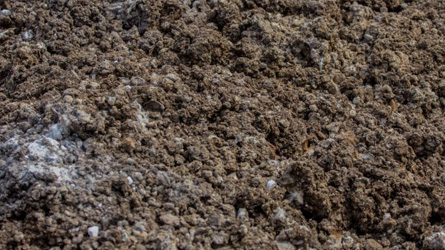 The AAF SME Fund, a private equity fund focused on African food production and processing at the small and medium enterprise (SME) level, managed by Databank Agrifund Manager Limited (DAFML), has successfully closed its investment in Guanomad S.A., Antananarivo, Madagascar. Guanomad is a leading producer of guanobased organic fertilizer products, which are an affordable and effective alternative to the traditional chemical fertilizers.

Guanomad has been in the business of producing organic fertilizers since 2005. Agriculture is a key sector in Madagascar and the country relies heavily on imported fertilizers. The Company’s products are competitively priced relative to imported organic and non-organic fertilizers and thus it is well positioned to capture significant domestic market share. Being a leading producer in the region, Guanomad also receives strong support from the government and has been selected in the past to supply fertilizers in government and NGO initiatives to improve agricultural productivity. The Company’s products are also Ecocert certified, enabling it to export to the EU and the Americas. The Company is well known in the local rural communities where it provides advice and support in organic farming and advocates environmental and social topics including rural development, reforestation and education.

The AAF SME Fund is providing a mix of equity and mezzanine funding with a further option of supplying additional investment to assist Guanomad to grow the Company’s production capacity. The Company’s progress was hamstrung by the local economic crisis resulting from political unrest that erupted in 2009. Since then Madagascar’s macro economy has steadily been recovering and international investment has been on the increase. Agriculture employs approximately 75% of the country’s workforce and contributes 28% to GDP.

‘Given the lack of large scale organic fertilizer suppliers in the world, scarcity of local financial institution support and increasing appetite for nonpolluting fertilizers and organic foods, the idea of such an investment is laudable,’ adding ‘When one invests in a venture such as Guanomad; you are financing everybody in the immediate area, creating the capacity not only to develop small holder farming in Madagascar, but also changing the food picture on the ground’, said Erick Rajaonary, Chief Executive Officer and Founder of Guanomad.

The AAF’s Technical Assistance Facility (TAF) will explore the possibility of funding a smallholder support scheme that would enhance the yields and incomes of farmers using Guanomad’s products. The TAF is also able to fund capacity building initiatives for the company itself.

‘Guanomad is an ideal candidate for our mandate to increase food security in Africa in an environmentally conscious way while partnering with strong committed management teams that are open to the value-add associated with private equity partners. Fertilizer use in Madagascar is far below that of more developed economies. Increased use of Guanomad’s fertilizer products could significantly increase smallholder farmer productivity and income’, DAFML Senior Managing Partner, Dennis Matangira, said in a statement.

The AAF SME Fund is a sub-fund of the Africa Agriculture Fund (AAF), managed by Phatisa.

The AAF TAF is primarily funded by the EU, managed by the International Fund for Agricultural Development (IFAD) and implemented by TechnoServe. The project received additional donations from the Alliance for a Green Revolution in Africa(AGRA), Italian Development Cooperation and the United Nations Industrial Development Organisation (UNIDO).